Malcolm In The State Senate Muddle 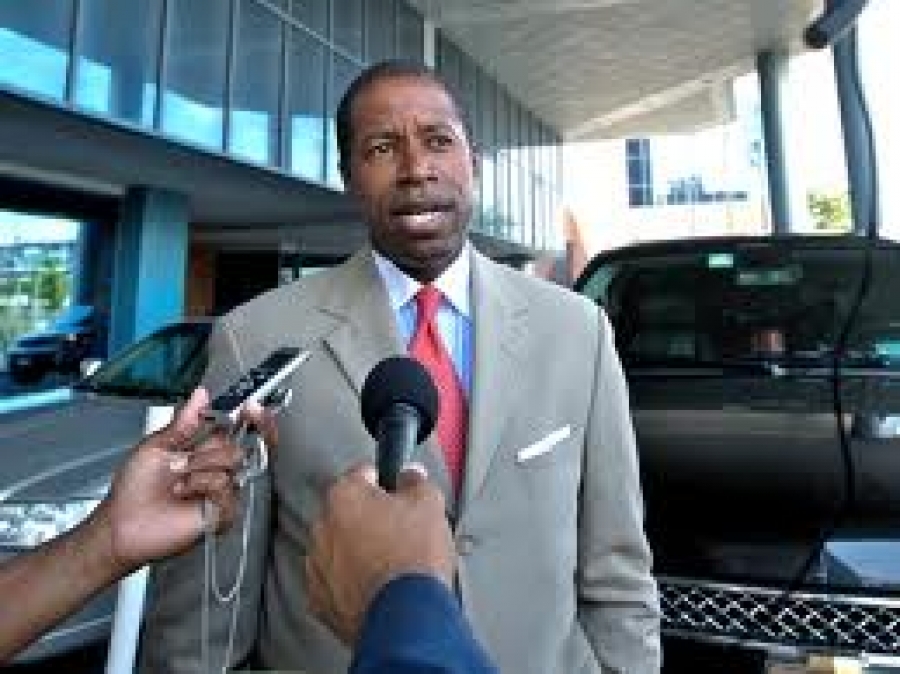 Just when you thought things couldn’t get any screwier with the ongoing state Senate power struggle comes the news – compliments of the New York Post – that Sen. Malcolm Smith has decided to dump the Democrats and join forces with the IDC, bumping their membership up from four to five.

The fourth paragraph in the Post story, which mentions that Smith attended Manhattan GOP Chairman Dan Isaacs’ holiday party last night, tells you pretty much all you need to know about the Queens Democrat’s motivations.

Smith wants to run in the 2013 race for mayor of New York City.

But the Democratic field is already very crowded – so crowded, in fact, that a candidate with far less political baggage than the senator, Manhattan Borough President (and former Assemblyman) Scott Stringer, recently decided to drop down into the comptroller’s race instead.

So, what’s an aspiring outer borough Democrat with big dreams to do? Why, follow the Bloomberg model and cozy up to the Republicans, of course.

Every four years, the NYC Republicans, who are vastly outnumbered by the Democrats in terms of enrollment, become political VIPs, thanks to New York’s unusual allowance for cross-ballot endorsements.

Also, despite the Democrats’ dominance in the Big Apple, no Democrat has won the mayoralty since David Dinkins in 1989.

Billionaire Bloomberg changed his registration from Democrat to Republican in advance of the 2001 mayor’s race and ran on the GOP line, winning with an assist from the NYC Independence Party.

Now Smith is wooing the five NYC GOP county chairs in hopes that they’ll grant him what’s known as a Wilson Pakula (formal permission to run on their ballot line) next fall.

He hasn’t gone so far as to change his enrollment, however, like two other mayoral contenders – Doe Fund founder George McDonald and Manhattan Media CEO Tom Allon (who took a page from the old Rudy Giuliani playbook and has also allied with the Liberal Party, though it doesn’t have an automatic ballot line, thanks, oddly to now-Gov. Andrew Cuomo’s failed gubernatorial bid in 2002).

Also in the mix is supermarket mogul John Catsimatidis, a man who calls himself a “reformed Clinton Democrat.”

He switched to the GOP in advance of a never-realized 2009 run for mayor, which he scuttled when Bloomberg announced his successful push to change term limits so he could seek re-election.

Catsimatidis, whose daughter, Andrea, is married to the son of state GOP Chairman Ed Cox, Chris; has long held himself out as the default GOP candidate for mayor. Today we learn that he’s forming an exploratory committee for a potential 2013 run.

And let’s not forget MTA Chairman Joe Lhota, a registered Republican whose stock has risen considerably since his able leadership of the aged transportation authority in the wake of Sandy.

A number of GOP leaders – including Giuliani, under whom Lhota once served as a top deputy – are now urging the transit chief to run for mayor.

Bona fide registered Republicans do not need permission to run on Row B. So, it looks like the GOP is potentially headed for a mayoral primary next year – much to the chagrin of its county leaders.

The leaders’ flavor of the month is former Bronx Borough President Adolfo Carrion, who once mulled a mayoral bid of his own, dropped to the 2009 comptroller’s race instead, and then finally scuttled the whole thing and departed NYC altogether for a job with the Obama administration.

Now Carrion is back, and he has changed his enrollment from Democrat to small-i independent, which, by the way, is where Bloomberg finally ended up.

Brooklyn GOP Chairman Craig Eaton is very bullish on the idea of a Carrion run, in part because the former BP would be the only Latino in the field. Bronx GOP Chairman Jay Savino is a fan, too.

Meanwhile, Carrion’s fellow Democrats have more or less pledged to destroy him if he goes through with this plan, saying there’s no path to victory for him in the general election.

So, where does all this leave Smith?

He clearly wants to curry favor with the Republicans, and helping to keep them in power in the Senate – their last toehold in state government – certainly would win him Brownie points. But he’s not quite willing to go all the way, like Senator-elect Simcha Felder, and caucus with the GOP outright.

Joining the IDC seems like a happy medium, given the conference’s current effort to form a so-called “coalition” government in the Senate that would – at the very least – deny their fellow Democrats control of the chamber.

This much is certain: Without Smith, Felder and the four original IDC members, there is simply no way for the Democrats to get to the magic 32 number necessary to control the chamber – even if Cecilia Tkaczyk manages to eke out a win in the 46th Senate District.

So, though it may have seemed unthinkable just yesterday, the Senate mess is even messier than before. And, ironically, that’s something Smith is all too familiar with.

After the Democrats’ big win in 2008, the so-called “Four Amigos” or “Gang of Four” – Sens. Carl Kruger, Hiram Monserrate, Pedro Espada Jr. and Ruben Diaz Sr. – held Smith hostage, refusing to back him for majority leader until he gave them what they wanted. (Committee chairmanships that came with lulus, mostly).

Smith also was in charge when Monserrate and Espada bolted the Democratic conference, sparking the infamous Senate coup of 2009. He lost his power as a result, retaining the title of temporary president of the Senate – in which his last big move was to appoint Espada majority leader. John Sampson became Democratic leader and assumed control of the day-to-day operation of the conference.

Smith has been a back bencher ever since. And now, clearly, he’s trying to breathe some new life into his career. His official rationale, according to his spokesman, Hank Sheinkopf, (who also, interestingly, was a consultant to the ill-fated AEG Aqueduct VLT bid), is as follows:

No official word yet from the IDC about Smith’s imminent joining of their club. It will be interesting to see how they spin this, since he was once a part of the very leadership team they deemed so dysfunctional.